For more than a decade The Three Waiters, the world’s original and finest surprise singing waiters act, has wowed unsuspecting audiences worldwide. We even invented the flying napkins!

Unique in script and concept, our show has been over 11,000 times in 85 countries – not only  in English, but also translated and performed in French and Spanish. Sophisticated, spontaneous and loads of fun, The Three Waiters  involves three talented singers posing as ‘real’ waiters at your event, serving and interacting with your guests before revealing themselves as singing waiters in a thrilling operatic performance a la The Three Tenors.

Our three singing waiters do all the things you expect waiters to do: helping people to their seats, serving where appropriate, and generally being helpful and charming so that throughout the evening the guests completely accept them as part of the service staff. Each singing waiter is unique but believable. So now the stage is set, and events begin to unfold one by one … and The Three Waiters bring a show to life before your guests’ eyes, without them even knowing it’s a show!

While the specifics of our show are secret, we would be happy to discuss them with you one on one. Our show can seamlessly become part of your event and leave your audience standing and shouting for more! We would love to hear from you.

Important: Beware Copycat Acts! The Three Waiters is the original and most successful act of its kind in the world. With success though, comes imitation! Beware of copycat groups, as they may use amateur singers or those with little performance experience. And we own the copyright on the original, award winning scripted act. Anything else is merely an imitation!

“They are great…absolutely”
Luciano Pavarotti

“The Three Waiters were brilliant…nothing but ecstatic praise. Thanks so much”
Sir Tim Rice

The Three Waiters In Action! 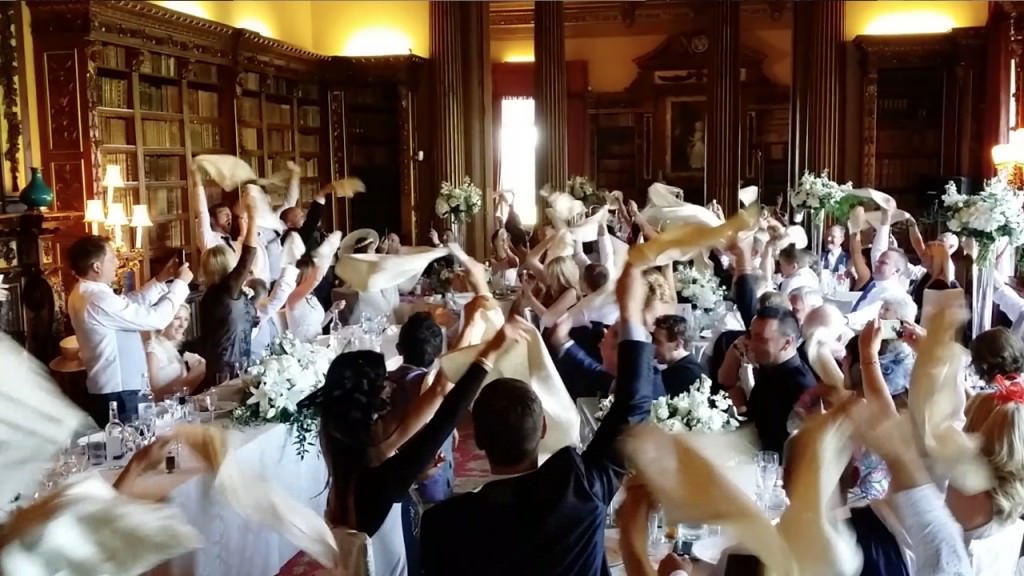